Lately I have been more and more so developing my trust in my own intuition and urges towards action. This is important because I believe that my urges toward action guide me towards fulfilling my greatest potential. Not necessarily my potential in the way I used to think of it but rather my potential in terms of the greatest value and intent behind my being. To this end I have the urge to write some thoughts on how humans came to be….

I have long been a believer of science over religion in the way in which human and earthly physical reality came into being. I have always aligned my thoughts with the theories of Darwin regarding the survival of the fittest. Whilst I have not personally read any of Darwin’s works, his theories were the basis for my school education and therefore were the basis upon which I formed my beliefs. Alternately I was also exposed to the Christian faith beliefs described in the Bible whereby an interventionist God made the world and everything in it within a matter of 7 days.

Taken at face value the scientific theories seem to offer a more believable and accurate account of the likely reasons for being. There are certain discoveries made regularly that would seem to indicate that our human species evolved physically over millions of years from the gradual evolution of various animal species infused with spurts of quick changes through genetic mutation. The alternate religious beliefs seem to be proven incorrect through the immense fossil records that have been discovered that seem to prove that species such as dinosaurs existed sometime in the distant past much before human existence.

Lately I have come to a new understanding of how we are created that takes elements from both the evolution and biblical theories but indicates a far greater personal validity and power. The problem I have with the current theory of evolution is that it is based on a belief in the survival of the fittest species through the survival of the fittest individuals within that species. This runs at odds with current human experience as we do not only allow our fittest to reproduce, or fight with each other for purposes of physical survival just to make sure only the strong survive whilst the weak do not. This kind of thinking drove Hitler to strive for the world to be populated by the strongest, fittest Arian race. There are many examples within the animal kingdom also where the strongest of the species do not necessarily survive at the expense of the weak. There is a much greater sense of cooperation that this theory would allow. There is great cooperation between animals within a species, between different animal species and between animals and man. 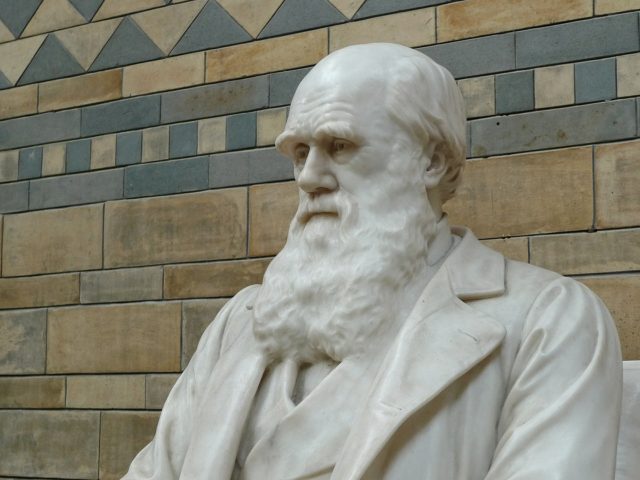 If Darwin is correct in his theory regarding evolution being a result of millions of years of selective breeding and survival of the fittest then where does the human species fit. Are we to believe that humans are no longer a part of nature and subject to the ‘laws’ that govern the natural world? If this is the case, then at what precise point did we fracture our species away from being underneath the umbrella of the natural world. These questions only arise because we are taught a theory that does not seem to play out in our current world experience and yet we are expected to believe that in the past the natural world evolved through survival of the fittest but that this is no longer occurring due to the influence of man. When I look around at the natural world as it exists today and really question what I see and then listen to my own intuition for the answers I seek, then I realize that all the elements of the natural world exist in cooperation with each other. I see that humans and animals rely on each other in order for each to expand the quality of life and richness of experience.

The creation theories of the Bible are perplexing because they rely upon several underlying beliefs that form a shaky footing for the creation theory. To accept the story of Adam and Eve one must first believe that there is a single entity, God, who is able to create worlds in days but who did not intervene to any great degree in anything that transpired since. I draw parallels here with the theory of evolution as again we are expected to believe that a process occurred in the distant past that no longer occurs in today’s modern planetary life. Are we to also believe that this fundamental change in processes is as a result of human influence? As with the evolution theory, I seek the truth in my own intuitive observations of my current experiences of the world and I see no correlations that would lead me to believe in an interventionist God personality as surely there are many aspects of the modern world that could well use this intervention. 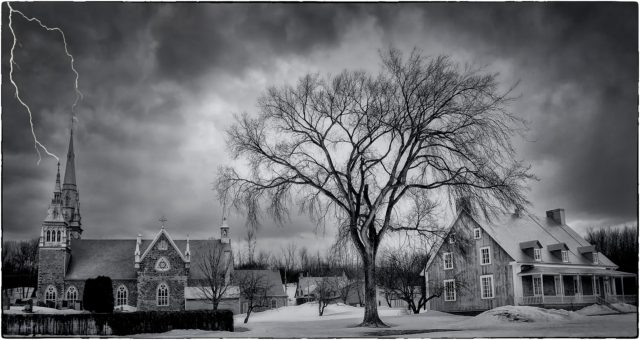 When several pieces of Lego blocks are connected together this is also done with the intent to create something different and unique so that a new item is made that has a greater meaning than does just the collection of individual blocks that were used to create it. For example, a few hundred blocks of different shapes, colours, and sizes may be used to create a model aircraft shape and in this way the blocks have both an individual intent to exist and a collective intent to exist as an aircraft shape. Of course there are infinite gestalt shapes that can be formed from the jointing of many individual blocks. In the same way our bodily organs, tissues, and systems are formed from groupings of individual cells. In this way the human body – in its physical matter form only – has a gestalt consciousness as well as infinite numbers of individual cellular consciousness that are used to form it. This does not yet consider the input of our waking conscious mind but we will do this now.

The building blocks of physical life, the cells, are formed by the intent of their own consciousness. But this does not explain how these individual cells manage to cooperate together to form a human being. When human life is conceived there is only one cell formed through the connection of two gametes provided by the parents of the new human life. From this point onwards the cell is essentially a blank canvas or, to stick with the analogy, a universally adaptable Lego block. It is at this point that human consciousness starts to influence the behaviour of the stem cells as the intent of human consciousness is to create human form that matches with the size, shape, and colour specifications of that intent. In this way the human form exists as consciousness that then impresses influence over the interactions of the cellular building blocks so that eventually a human gestalt form is created in the image of human consciousness. But why is this important to understand in relation to the evolution or creation theories?

All consciousness is made of God stuff. In this way God exists within, and provides the energy behind, every probable variety of consciousness. God energy has but one intent and that is to create. If you consider that we are each created from God energy at every moment of every day at both a cellular level and the level at which we are physically human, then it is important to understand that we are made of God energy and have the innate creativity, power, energy, and love that exists within God. So do all other physical and non-physical beings as they are all created from the same God energy through the building blocks of consciousness. So our intent to create, to change, to experience the physical and non-physical through our senses, is all due to the intent of God energy such that our individual intent is aligned with the intent of everything and with God. We are God and this engenders a great level of power and responsibility, a personal power that is greatly lacking in Biblical teachings of the theories of how we came to exist. We create ourselves in each moment through God’s intent to exist through us whilst at the same time we cooperate with the intent of God’s consciousness to create our cells, organs and tissues. 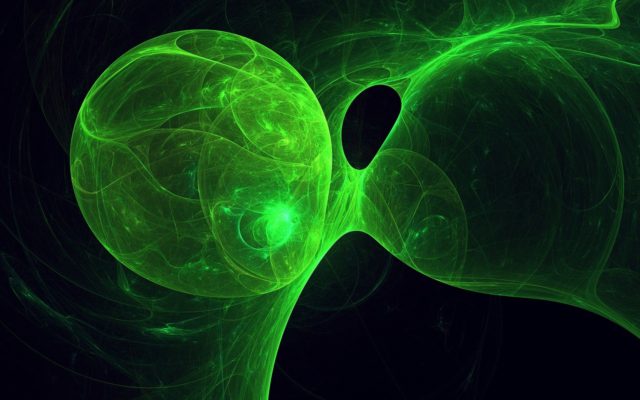 The framework of existence described here involves a great cooperation of all consciousness to work together to form the physical world and everything in it. As humans we know, at a subconscious level, the inner workings of our bodies and all the other humans and animals on the planet. We cooperate each moment with all other human consciousness, animal consciousness, plant consciousness, rock consciousness etc. to form the physical world that we then experience. This is the flaw in Darwinian thinking as it assumes that there is not such a level of cooperation and that each species is at odds with the others in a constant struggle for survival. What I see when I observe the natural world with my physical senses and my intuition indicates to me that there is a great level of cooperation between all consciousness that is physically manifest. The intent of a coffee mug is to exist in a shape such that it can hold liquid and when I use it to drink from then I match my intent with the intent of the cup and we cooperate to create an experience of physical reality. I have three rabbits as pets and I observe in them the great level of cooperative interaction and communication between each other, with our pet dog, and with the human inhabitants of the household. 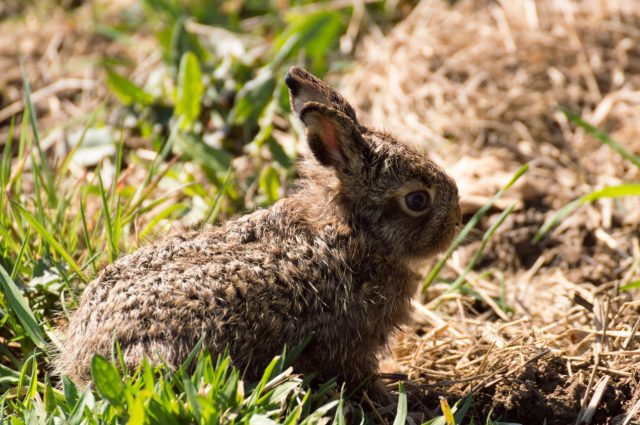 We are human and yet made of God. We each create ourselves and co-create our physical reality to fulfill the intent of the God energy that forms us. We then experience physical reality as a mirror in the human constructs of space and time so that we can tease apart the experiences of reality such that they can be understood and interpreted by our mind and our consciousness. This is the manner in which we learn and in turn we add to the greater experience of the collective God energy. The world was not created by God nor by scientific mutations but the physical world is created each day anew by each of us as we set our intent to form ourselves, to organise the formation of our physical body, and as we set out intent to cooperate with the intent of all consciousness to form the physical reality that we experience. We are powerful beings made of God-energy and we are the creators of our physical world in each moment. We must take responsibility therefore for the physical existence we are creating.

We each have great abilities to connect with the inner knowledge of all physical existence and all consciousness. These abilities are there to assist us to fulfill our greatest value in life but we seldom rely upon them. This is a topic for another day….